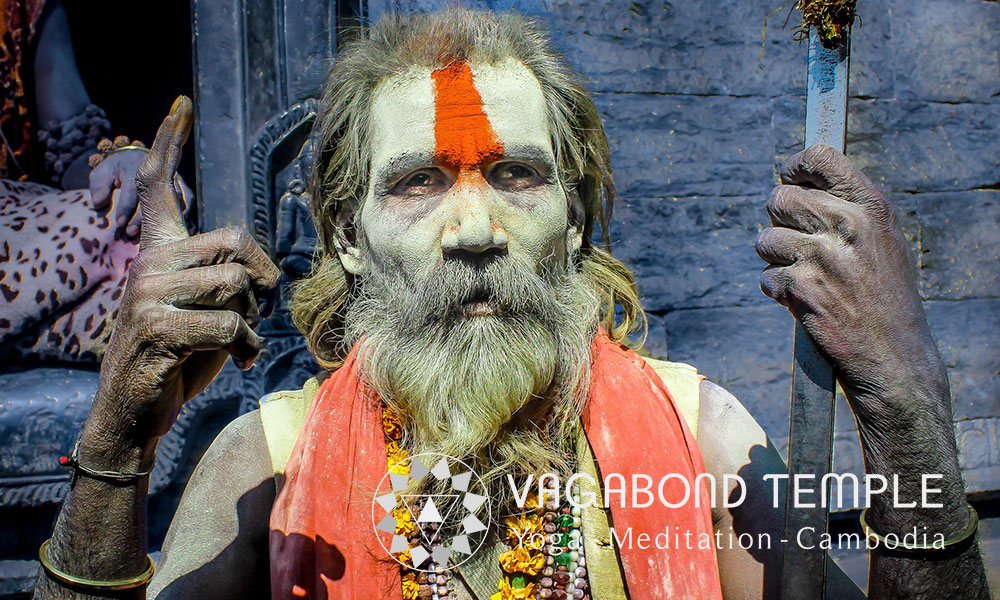 In the West, for many people religion has very negative connotations. This is not surprising given the history of our organised religions: we have Christians gleefully embarking on crusades to murder anybody who does not submit to their message of universal love; Jews declaring themselves to be “God’s chosen people”; Muslims labelling non-believers as infidels deserving of punishment. Even within each religion we have various squabbling factions each believing themselves to be the only ones in possession of the truth. What they all seem to have in common is a complete lack of flexibility! As creative beings who long for freedom, it is no wonder so many of us have turned our back on these rigid traditions.

Science has revealed much about the natural world and transformed our lives. Thanks to modern marvels such as satellites and microprocessor technology we can now spend the majority of our time staring at small screens attempting to make other people jealous. In spite of this, for some reason, some of us still hunger for something more. Although asking big questions such as “Who am I?” “Does life has meaning?”, “How can I be happy?” is generally frowned upon in modern society (it is a waste of valuable working and shopping time) some of us just cannot help it. For this reason, many of us have looked to the groovy world of eastern philosophy.

It is not just psychedelic drugs, cheap food, tantric sex, and sunshine that have sparked our interests in the East. For many of us, the flexible, non-dogmatic approach is far more in tune with our own intuitive nature of spirituality than what we see in our own traditions. Buddhism for example has gained widespread acceptance in the West due to it being seen as a peaceful philosophy rather than a dreaded religion.

The Hindu tradition is somewhat less understood in the West. While the occasional Ganesh tattoo or Om necklace generally will not you get you in much trouble, for many westerners Hinduism brings up images of crazy naked holy men sleeping on beds of nails, or primitive folk hoping to make themselves rich by chanting at many strange looking gods. For those in the know though, far from being primitive, the multitude of gods in fact represent a sophisticated appreciation of the diversity of life and an indication of the flexible approach to spirituality found within the Hindu tradition. Hinduism is less like a religion and more like a family of traditions with the common theme of liberation: what we can do to attain freedom from the trials and tribulations of life.

Looking at the complexity and diversity of ourselves and the world, it does seem a bit far-fetched to accept there would be a single answer. However many organised religiond seem to imagine the world this way: you accept Christ, you go to heaven; otherwise you burn for all eternity. The Hindu tradition provides a more realistic approach, offering various paths – it is not just the bendy-bodied Yogis who are flexible, it is the entire tradition.

If we look at the Bhagavad Gita we can see this flexibility in action. The Gita is the most translated and, for many, the most significant of Hindu texts as beautifully illustrates the core tenants of the tradition in its 18 short chapters (think of it as tens of thousands of years of spiritual wisdom compressed into a book you can read on a short bus journey).

The Gita resolves the most central problems of human existence. Why and how should we participate in the often troublesome world of everyday life, especially when we realise the nature of existence. If ultimately everything is a manifestation of a single divine consciousness, and we have no control over anything that happens, why should we even get out of bed? The Bhagavad Gita is a conversation between the warrior Arjuna and Krishna: God in human form (don’t worry about this word though, in Hinduism we are all aspects of the divinity so there is no need for snobbishness). A huge battle is about to start between two rival factions of a family, Arjuna is understandably having second thoughts about partaking in the massacre of his family members. Krishna then proceeds to tell Arjuna to pull himself together and perform his duty. The story can be thought of a metaphor for the spiritual journey, giving us the motivation to overcome our inner obstacles.

In the spiritual of the flexible Hindu tradition, Krishna outlines three paths to attain spiritual enlightenment, described as different forms of Yoga. The Sanskrit word for Yoga can be translated as “union”, implying that Yoga is a spiritual discipline aspiring toward union with all that is (rather than away to impress your Instagram followers with your new-found bendiness). The three styles described are:

Said to be the most difficult path, this form of Yoga involves taming that most wild of beasts: the human mind. Practitioners of Jhana Yoga will put themselves into deep meditation to inquire into the nature of the mind, eventually becoming free from its incessant demands. They set the groundwork by retiring from the world, retreating from the senses, and strengthening the body. The holy man in the cave, if he is not on the run from the police, may be practising this form of Yoga.

If the cave sounds a bit cold and lonely: then do not worry, we have a more active option. We have been conditioned to act often only because we want a result: we stay in that terrible job for the money, we exhaust ourselves in the gym for that perfect body. The Yogic tradition recognises this as a one-way ticket to suffering and provides the solution. Karma Yoga is selfless action, acting with 100% effort but without any attachment to the consequences. One way we can practice it is to be nice simply for the sake of being nice: volunteering, helping old-ladies cross the road, picking up litter etc.

If you take a trip to India, once you have recovered from the food poisoning and make it to a temple, your first thoughts may be along the lines of, “WTF are these crazy people doing???”. Actually this is the Bhakti Yoga – the practice of devotion whereby people surrender themselves to a higher power, the cosmic consciousness represented in the form of a divinity. In our insanely competitive and aggressive culture, the idea of surrender does not sound appealing but really it is one of the most beautifully illuminating things we can do. For this reason the Bhagavad-Gita describes it as the greatest form of Yoga.

Can you spot the three Yoga’s in this beautiful quote from the Gita?

“Still your mind in me, still your intellect in me, and without doubt you will be united with me forever. If you cannot still your mind in me, learn to do so through the regular practice of meditation. If you lack the will for such self-discipline, engage yourself in my work, for selfless service can lead you at least to complete fulfilment. If you are unable to do even this, surrender yourself to me, disciplining yourself and renouncing the results of all your actions.” Bhagavad Gita c12:8-11

The Hindu tradition has many other forms of Yoga: ways of learning the big secret that there is no disconnection between ourselves, other people, and the world. There is no need to reject other faiths: Jesus can be worshipped with devotion, Buddha (who was Hindu himself) is respected as a master of Jhana and Karma Yoga. The need for acceptance and cooperation amongst different traditions is beautifully illustrated by this quote from Swami Vivekananda, famed for introducing Hindu ideas to the Western world:

“The Christian is not to become a Hindu or a Buddhist, nor is a Hindu or a Buddhist to become a Christian. But each must assimilate the spirit of the others and yet preserve his individuality and grow according to his own law of growth. If the Parliament of Religions has shown anything to the world, it is this: It has proved to the world that holiness, purity, and charity are not the exclusive possessions of any church in the world…”

This beautiful acceptance and appreciation of the unlimited nature of life found in the Eastern traditions does not just apply to spiritual practices, it teaches us the perfect way of dealing with any type of situation – with openness. If you are ever struggling for motivation or feeling that something is not working for you, remember you have options!

Taking A Step Back: How Meditation Can Stop Us Over-Reacting 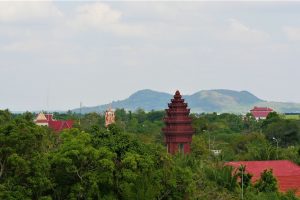